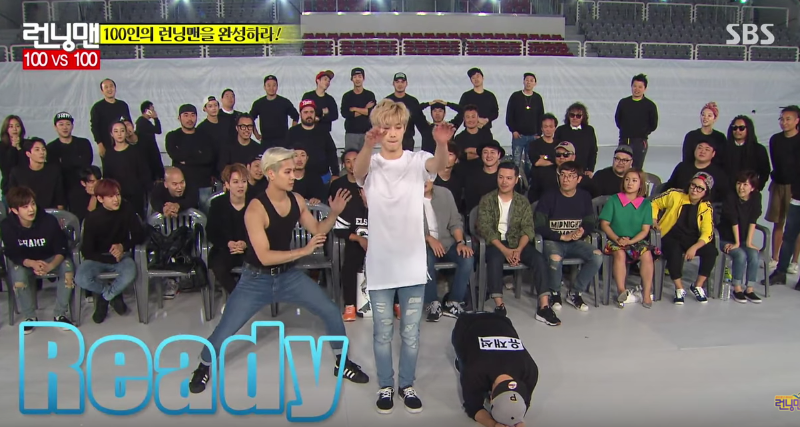 On the November 8 episode of SBS‘s “Running Man,” the second half of the largest competition in the show’s history was aired.

For the “100 vs. 100 Race” special, the celebrity team includes Running Man’s regular cast as well as popular boy group GOT7. Members Jackson and Markshow off some impressive acrobatic moves, starting with flipping over Yoo Jae Suk in midair.

They are then challenged by the twin comedians Lee Sang Min and Lee Sang Ho, who have some tricks of their own hidden up their sleeves. The acrobatics show turns into a battle as both pairs continue to try to out-do the other.

You can check out the incredible display of athleticism from both sides below!