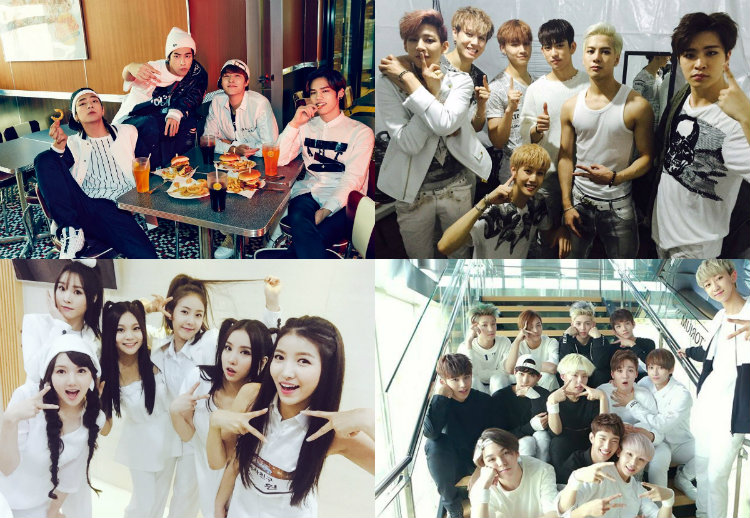 That is going to be one crazy episode.

It was officially revealed today that “Running Man” filmed their “100 Guests” episode yesterday, October 19 KST. For the episode, the seven regular cast members of the show had to invite 100 guests in a relay format, with the filming lasting 10 hours.

The guests competed with judo athelete Lee Won Hee and other strong athletes.

Fans captured some of the idols groups filming the show and shared the photos throughs social media.