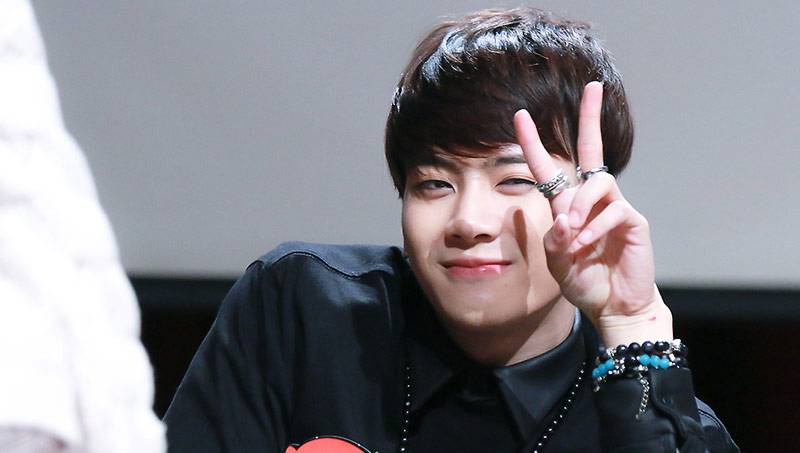 A representative of SBS’s ‘Inkigayo’ relayed an exciting message revealing that the next co-MC for the music program will be none other than GOT7’s Jackson!

On May 12th, SBS officials confirmed that Jackson was working hard to prepare for his first appearance on the broadcast as an MC, which will take place on the May 17th episode of Inkigayo.

Every time when mama say "buy some nice clothes"…No H&M is fine…he answer! Now I understand what this for. ^_^ pic.twitter.com/Ate5HMxmQS

That's how they communicate to each other ^_^ pic.twitter.com/m4GFaE059l

On May 12, an Inkigayo rep told Newsen, “Jackson will participate in the recording on May 17 and begin MCing the program with Hong Jong Hyun and Kim Yoo Jung starting this week.”

GOT7‘s Jackson will be joining “Inkigayo” as an MC. It has been revealed that he will start filming for the music program on May 17.

The singer has previously shown off his variety skills in SBS‘s “Roommate 2” which ended this past April.

Power boy group GOT7 recently kicked off their first-ever fanmeeting tour in the United States, and the 2-hour long show was made complete by the members’ hilarious antics and heartwarming fanservice.

GOT7….last night in LA…have a nice flight back to Seoul n wish can see you guys again soon ^_^ pic.twitter.com/OywSx6hbk0

The most most happy thing happen on last night was….an unexpected gift from my son….1st time. Thank you Mark pic.twitter.com/yZlRqDJ0zk

I had a blast with these guys this past week. 3 cities, countless fans, one love. Stay Golden Got7! I'll definitely hit yalls up if I'm ever back in the motherland. #untilnexttime #homies #got7 #memories #mc